One of the best things about writing a blog is that it gives you a reason to look at everything with new eyes. I’ve always enjoyed plant-watching, but now I eye the green ranks like a Hollywood casting director: Have you got star quality? Are you photogenic and charismatic enough to be the focus of my next blog post?

Sometimes I happen to return, purely by chance, to a place I’ve photographed before, and recognize a plant I’d photographed in another season. It’s like seeing a favorite actor in the sequel to a hit movie. It’s a nice feeling, familiar, which I guess is why we have so many movie sequels, Star Wars XIX and so forth. (They just came out with The Hangover 3, I’m not kidding.)

Anyway, several months ago I wrote an exciting blog post about a January snowstorm, with the leading lady being a young celandine plant huddling in a corner to avoid the storm.

The story had a happy ending, and the young celandine spent the whole cold winter lurking in the driveway. 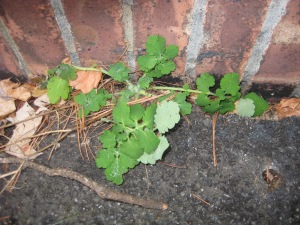 Just showing a few leaves, she managed to tough it out and make it through till spring.

Celandines are in the poppy family–not a native wildflower, but not terribly invasive. They’re quite common, because they have a bright yellow sap that’s quite toxic and–I would guess–tastes horrible, so deer and other browsers don’t tend to eat it.

Anyway, when spring rolled around, the celandine leaped up and stretched out. Here’s a photo of the same plant taken in late April. She’s matured, gotten long and leggy, and the buds are ready to open. 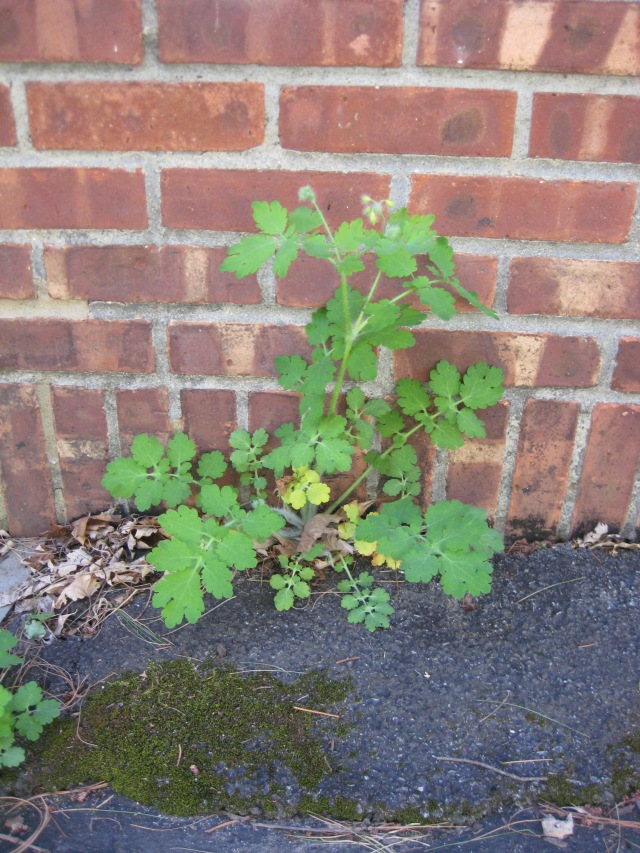 And now, in mid-May–the celandine is in full bloom.

She’s ready for her close-up! 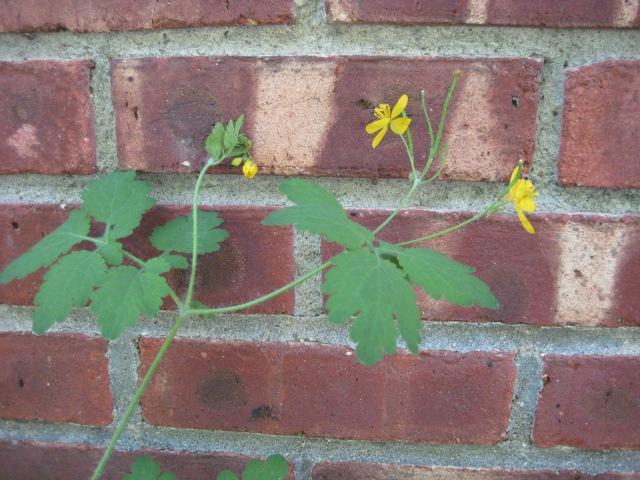 I'm a writer and a botanist who loves the weirdly weedy places of the world.
View all posts by unmowed →
This entry was posted in flowers, spring, Uncategorized, winter and tagged celandine. Bookmark the permalink.