Cinnamon Fern. Osmundastrum cinnamomeum. (At least that’s the Latin name as of the moment, they seem to keep on changing names and reclassifying plants more often than I change my socks.) 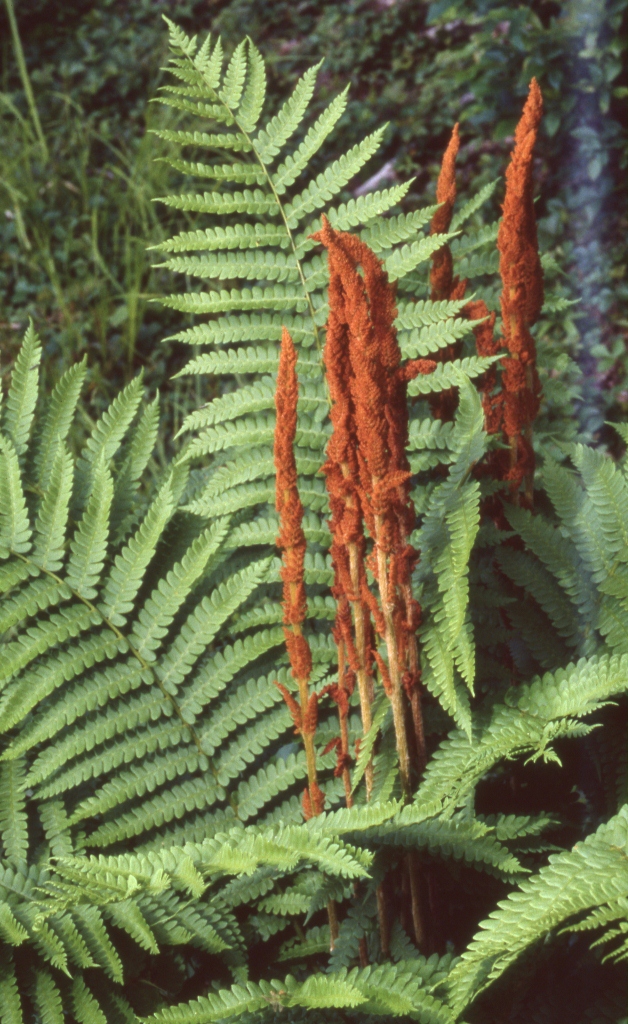 Many thanks to Frank Knight for this lovely photo–what a nice birthday present!

Delicious as it looks, the brown stuff isn’t really cinnamon, of course. In fern-speak, the fuzzy brown stalks are called fertile fronds–leaves whose function is to help the plant reproduce. The fertile fronds grow sori, which are containers for dust-like brown spores. The green leaves are called sterile fronds–no spores, but they do that usual green-leaf thing of making food for the plant.

Ferns are just starting to sprout now, so this is a look ahead to what Thoreau called “the plumes of summer.”

I'm a writer and a botanist who loves the weirdly weedy places of the world.
View all posts by unmowed →
This entry was posted in leaves, photos, plant parts, summer, Uncategorized and tagged cinnamon fern. Bookmark the permalink.